Last week, Dorset Blind Association were delighted to welcome Lady Emma Fellowes and husband Julian, who have been patrons of the charity since 2015, to officially open tour new shop in Poole. The shop, which has come into being on the back of a £15,000 grant kindly donated by the Talbot Village Trust, is our fourth in East Dorset and has been set up underneath the main DBA office in Ashley Cross. 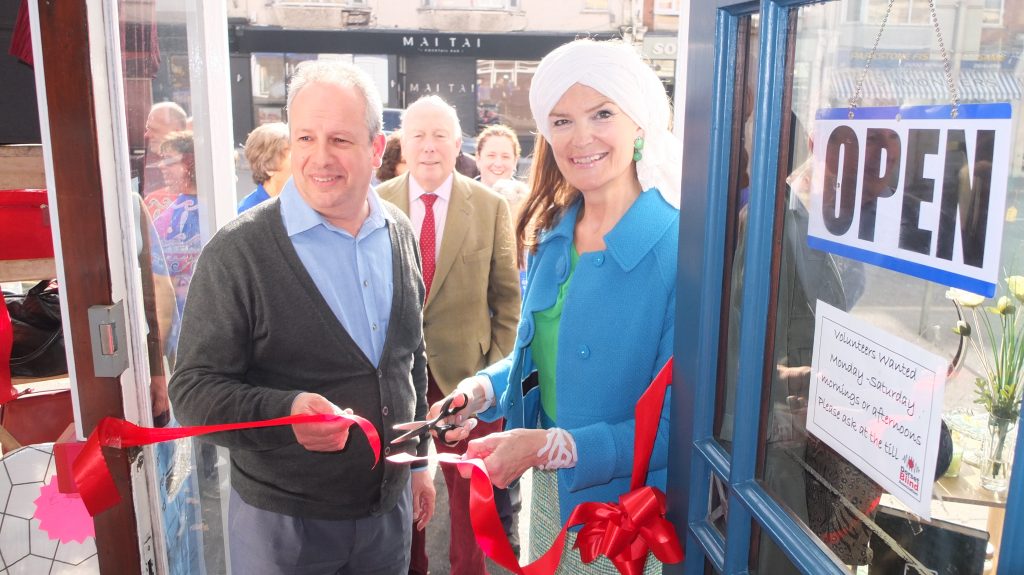 Also present on the day were members of Wimborne Rotary, who kindly donated funds to cover the cost of the shop’s EPOS till system, in turn helping to generate income in the longer term to fund community services in the East Dorset area.

Neil Hutchinson, Club President of Wimborne Rotary said: “Wimborne Rotary is pleased to have been able to donate £2,205 to support the opening of the new shop and the installation of the new till system which it needed. We wish the shop well and trust that it will prove a long-term and valuable source of income for the charity”. 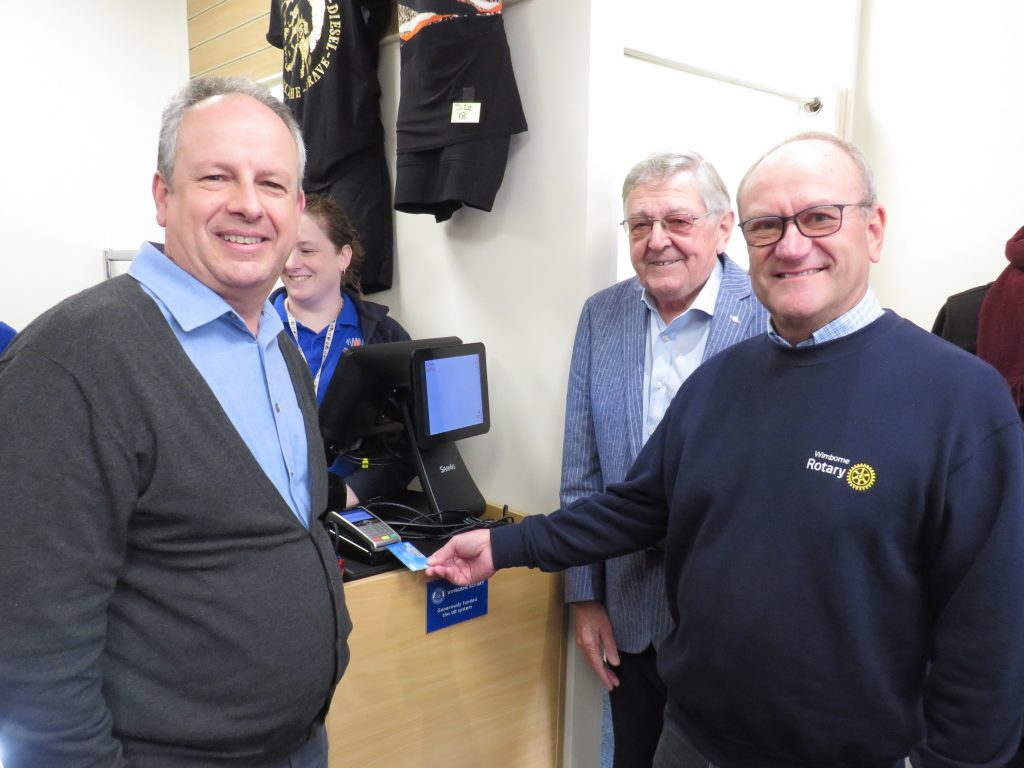 Much like the other shops, the Ashley Cross site acts as part of DBA’s service delivery, doubling-up as a resource centre featuring equipment and literature designed to make the service more accessible. The shops also present an opportunity for visually impaired people to volunteer to gain useful skills and work experience should they wish.

Whilst at the shop opening, Lord Fellowes, who is the creator and writer of Downton Abbey, was kind enough to sign a Downton Abbey puzzle which we intend to raffle off over the coming months. DBA have also recently benefited from Lord Fellowes’ support after he recorded an introductory message which was played before screenings of the recent Downton Abbey film at the Regent Centre, which kindly allowed us to hold bucket collections in their foyer throughout the film’s theatrical run. 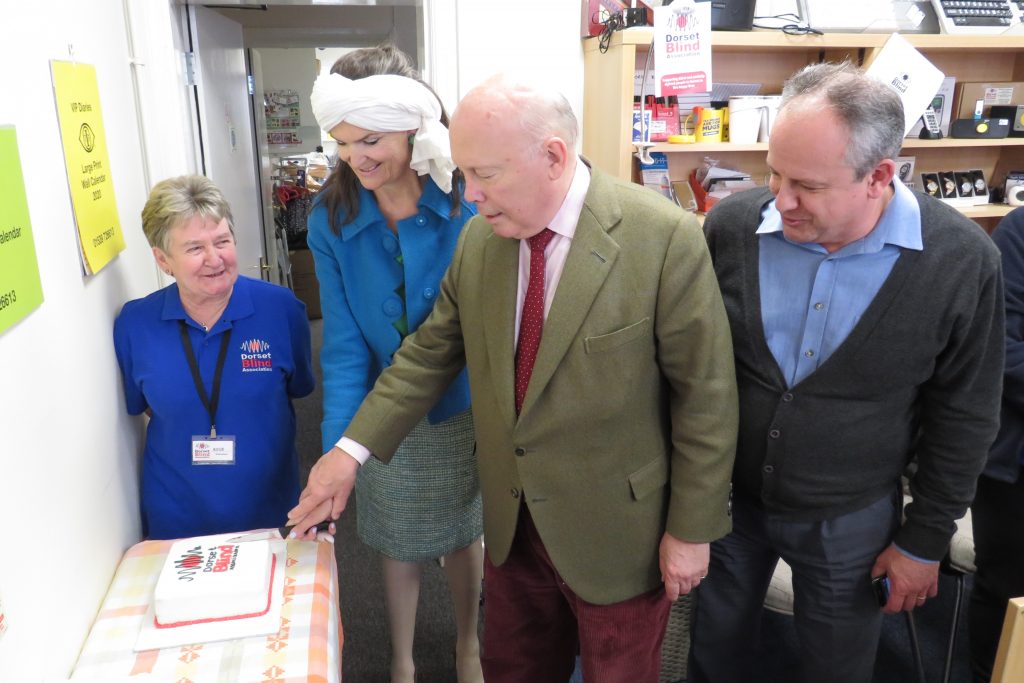 Gareth Owens, Corporate & Community Fundraiser for Dorset Blind Association said “We’re very humbled by today’s turnout, and especially for the fantastic support we’ve received from Talbot Village Trust, Wimborne Rotary and of course Lord and Lady Fellowes. The four shops represent an exciting avenue for us, not only in terms of funding our work but also in respect of promoting the charity and helping to raise a better level of public awareness of what we do and why we do it”. 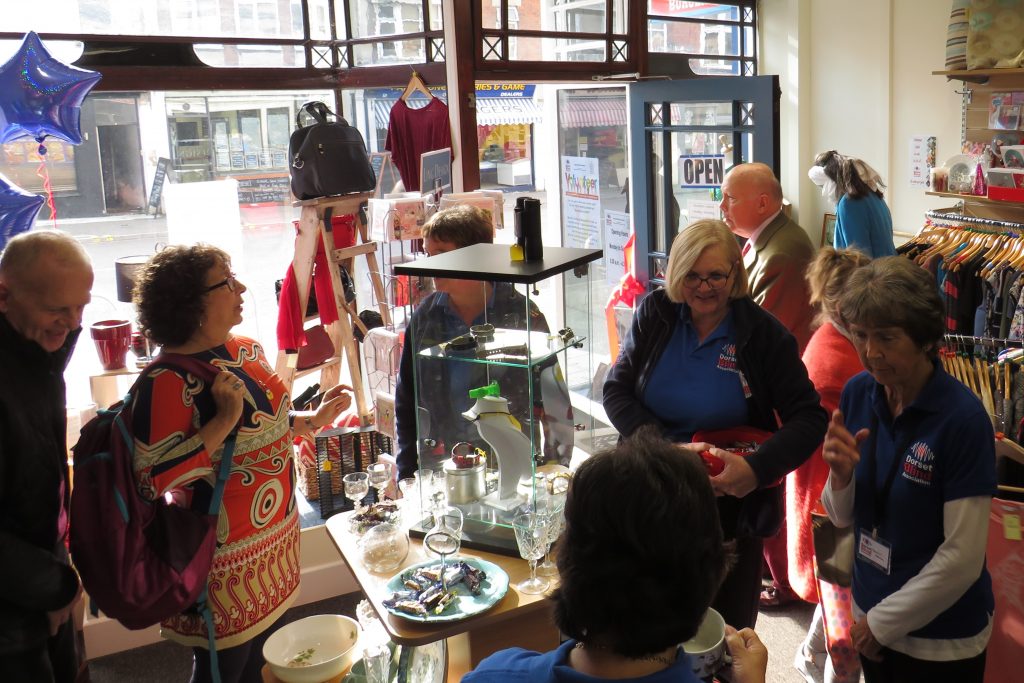