Home » About us » Our Team » Jonathan Holyhead 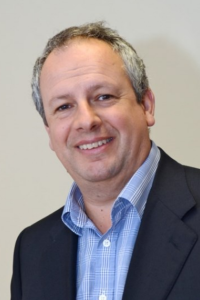 Jonathan joined Dorset Blind Association in 2005, initially thinking that it would be just for a relatively short term, but having then taken on the role of Chief Executive Officer in January 2006 he now says that the charity is “in his blood” and he and the charity’s cause are well and truly joined at the hip!

He also says that it is essential to be an eternal optimist and, whenever the going gets tough, he simply remembers his favourite quote – “Things turn out best for the people who make the best of the way things turn out”.

Away from work, as well as his family, his passion is his kitchen and his garden. His love of food and drink also means that he has learnt to “love” the torture of six, (yes, six!) spinning classes at his local gym each week as he battles to keep his slim and youthful figure. Help him to keep this punishing routine up by always remembering to tell him just how good he is looking for it every time you see him!

Go back to ‘Our team’ page