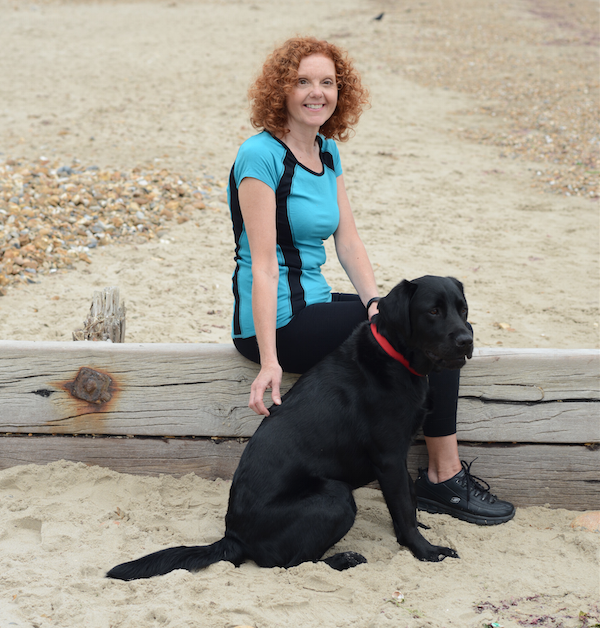 Angie has been a member of Dorset Blind Association since the year 2009. She was diagnosed with short-sightedness from a very young age and has continued to experience deteriorating vision over the years.

Having been diagnosed with a detached retina at only nine years old, Angie speaks about one of the most memorable moments of her life as being watching her big sister get married on a morning when she woke up and realised she couldn’t see properly in her right eye. She recalls, “I didn’t want to spoil the day, so I kept it to myself.”

At the age of 13, Angie suffered a detached retina in her remaining eye which left her with only a small amount of vision in her left eye. Over the years, Angie’s eyesight has gradually declined  and having also been diagnosed with glaucoma, she expresses the struggle she faced to find proper employment and the inability to stay independent.

Angie has faced adversity throughout her life and this was made worst when she found out that both her sons inherited her short-sightedness. After her grandson attended an eye examination, she was given the news that her family may have Stickler syndrome, which which is a group of hereditary conditions affecting connective tissue throughout the body that can lead to eye abnormalities, hearing loss and joint problems.

Angie expressed her feelings after receiving the news, “The doctor suggested our family’s eyesight problems could be a symptom of this and had us all tested, which confirmed the diagnosis,” she goes on to say, “I’d never heard of it, but it explained why I developed arthritis at just 40 years old, which is another common symptom.”

In late 2009, Angie underwent surgery to remove cataracts and was left with ‘useful vision’ which leaves her eyesight quite distorted with many blind spots and a lack of close-up vision. She says, “I can basically only see up in the left corner of my eye.”

Angie aims to stay positive through all the adversity, she says, “Unfortunately, the doctors are also struggling to keep the pressure down from my glaucoma. If they can’t I will lose my sight entirely. My specialist said a couple of years ago I would be lucky if I had any sight left in five years, so I want to get out and make the most of the vision I have while I can.”

Angie has managed to find purpose through the Dorset Blind Association and is now an active member taking part in various activities. She takes part in visually impaired tennis and acoustic shooting and has the aim of competing at a national level due to her competitive drive.

She also meets up with our other members through our social groups once a month. She goes on to say, “My friends are my biggest support and I’ve made quite a few through the charity. Finding Dorset Blind Association has been amazing – they have widened my social circle and got me to try new things, which has helped me get more out of life.”

Go back to the ‘Stories’ page