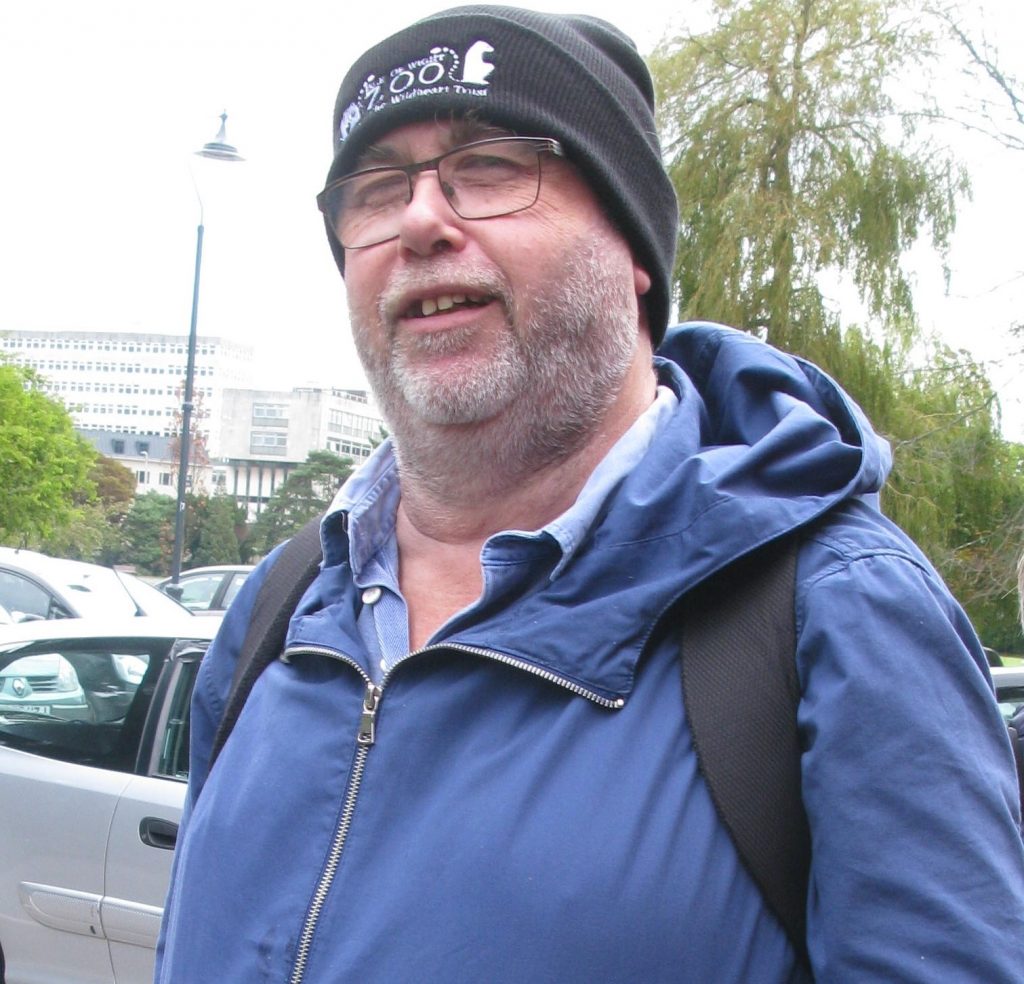 Hi everyone, my name is Iain, I was born in Wandsworth, South London in the 1960s and before I was a year old, I was adopted by parents that lived in Bournemouth and I had the best childhood that anyone could wish for. I left school when I was fifteen with very few qualifications, but fortunately this didn’t hold me back as I then went to work as an industrial paint sprayer. It was a job which I did for 27 years in three different companies and progressed to a management role. During the last two years of this role I became ill with depression. The doctor at the time said that I needed to make some lifestyle changes, so I gave up work, a decision that helped me come to terms with the depression, and I started to feel a lot better. I was out of work for 18 months until the Job Centre sent me on a placement to gain experience in the workplace. I was able to secure a full-time job as a driver delivering car parts to garages across East Dorset and West Hampshire. This is a job I did for just over seven years, much of the time as a controller.

In 2016 I left my job to look after my father who had recently broken his hip in a fall. I looked after him for two years until he sadly passed away of cancer. In 2017 I was diagnosed with a melanoma in my right eye discovered during a Diabetic Eye Screening. I was then referred to Moorfields Eye Hospital in London for treatment. They sent me to Saint Barts Hospital to have an operation to implant titanium buttons in the muscle in my right eye and I was sent to the Wirral for proton beam therapy. This treatment has caused radiation retinopathy which is a buildup of fluid at the back of the eye which has unfortunately left scarring on the optic nerve for which I have regular injections in the eye to keep the fluid under control.  My left eye is a lazy eye, so I only have about 25% vision in that eye and I am waiting for a cataract operation on my right eye. 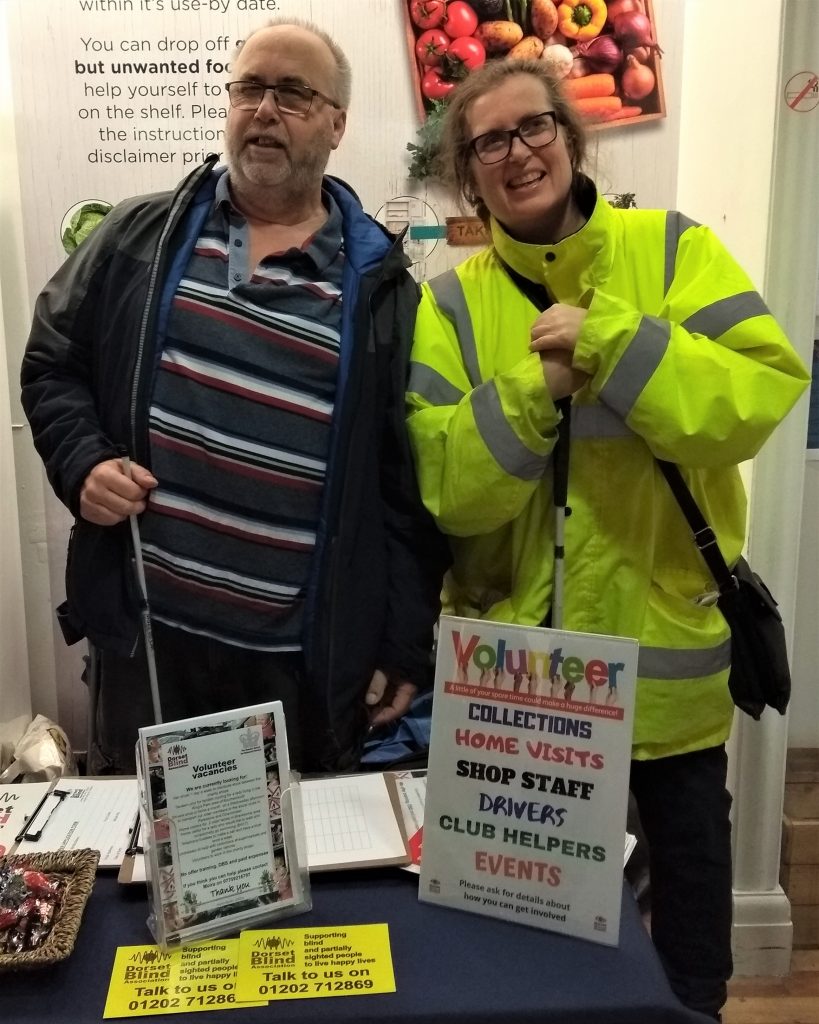 About 18 months ago I was referred to Dorset Blind Association and put into the capable hands of Moira, who is my Community Support Worker. She has helped me come to terms with my sight loss, assisted with benefit forms, getting back into the outside world and joining groups, which has been a great help to my own mental health, especially during these testing times. I have participated in group walks, drumming workshops and other activities. The introduction of Zoom meetings has also helped a lot with meeting new people, some of whom have become good friends. Since I became a member of Dorset Blind Association I also volunteer for the charity. I’ve done some fundraising, some home visits and also become a phone buddy which I feel is very important in these times of Covid-19.

A good thing to have come out of this year is that the wife and I recently celebrated our 20th wedding anniversary! We could not celebrate the way we wanted to but we have decided to try and save as much money as we can so that for our 25th wedding anniversary we can make another trip out to Australia to see my brother and his wife and our niece and nephew.